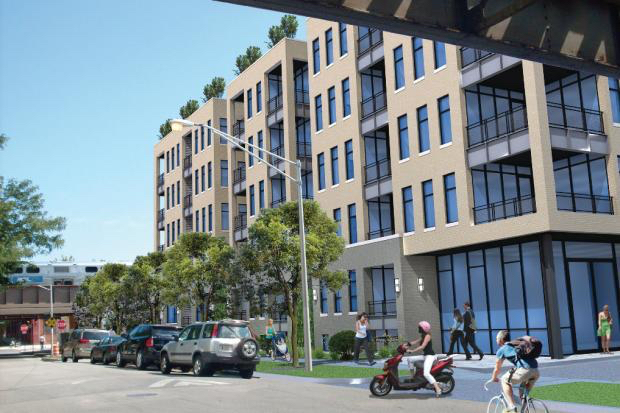 A developer has been selected to rebuild on the razed Ickes Homes site, though there are concerns about the number of low-cost housing units in the new plans.

McCaffery Interests, with Community Builders and Antunovich Associates have proposed a four-phase development with a mix of townhomes, walk-ups, and midrise apartments from 22nd St. to 25th St. along State St.. Overall, Curbed.com reports there will be 867 units, with 204 devoted to Chicago Housing Authority (CHA) residents.

“The problem? Former Ickes residents, who moved out of the original development’s 1,006 units by 2010, says that this plan presents only half as many units as promised,” curbed.com reported. “They were expecting 400 CHA units. However, both the CHA and Ald. Pat Dowell (3rd) claim that the number was always supposed to be 200, however.

The 2007 CHA Moving to Work plan, developed when demolition started, suggested 402 units.  However, by 2009 CHA plans reduced the number to 312, and it is unclear when they were lowered again to 204.

Other development plans for the site include a mid-size grocery store, small stores lining 66,000 sq. ft. on the first floor of the State St. side, and (at its back end), sports fields and a running track.