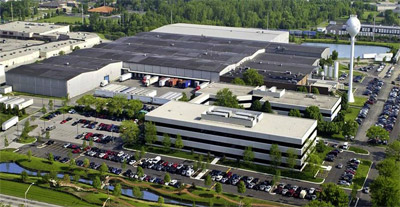 “They came to us and said, ‘Now we’ve got some bigger decisions to make because we’re running out of space. We’d like to stay in town, but we have to look at other options,'” said Mundelein administrator John Lobaito, reports Dailyherald.com.

Medline’s proposal, submitted as a “term sheet,” includes building a parking lot and a fourth office building by investing $25 million to $30 million and also spending $10 million more on furnishing and equipment. After moving to the village, Medline has expanded three times – most recently in 2011.

Approving the term sheet, village officials have offered a 15-year incentive plan against a proposal to add 100 jobs over five years while retaining all of the 1,600 jobs in Mundelein. The plan will allow Medline to have a 100% tax abatement for the first 10 years, to a maximum of $1.8 million incentive as part of property tax abatement plans of varying amounts. The firm is also seeking state incentive and has recently been in talks with the Illinois Department of Commerce & Economic Opportunity.

According to Kathryn Cummings, Medline is keeping all options open but is pleased to get a proposal for expansion from Mundelein. Any further expansion project details have been kept under wraps.

Mayor Steve Lentz said: “I think we made them a good offer,” describing Medline as “a very valued part of our community.” Indeed the firm is an essential part of village economy and employs 2,500 people in Lake County and 1,600 in the village.

Expressing confidence, Lobaito said: “One of the advantages (of staying) is moving a corporation like this is very disruptive to their business. That’s certainly a plus on our side.”