This construction milestone completes the foundations under the main tower of 1000M, which will be one of the city’s tallest apartment buildings at 788 feet when it delivers in 2025. McHugh Concrete has poured the concrete for eight of Chicago’s 10 tallest concrete buildings, the company’s public relations agency said in a Jan. 24 statement. 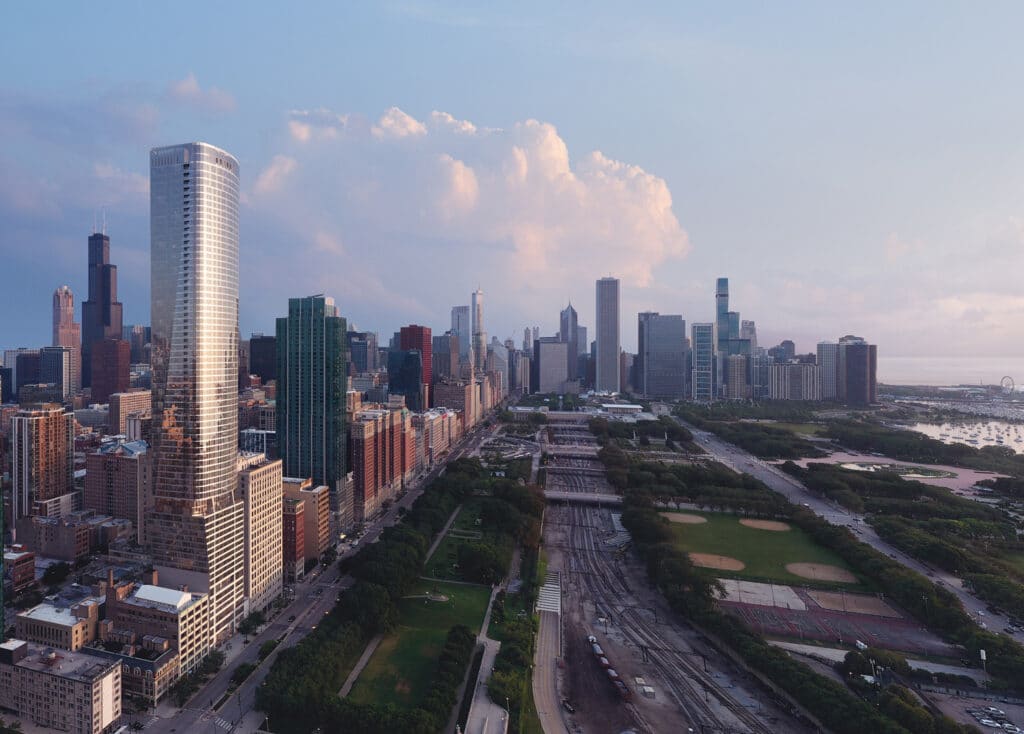 “A mat slab pour is always a celebratory day because we can see the project really start to come together, and now we can start to go vertical,” McHugh Concrete superintendent Rob Muzenjak said in the statement “A concrete pour of this magnitude along one of Chicago’s most famous and popular streets is definitely a rarity and required extremely detailed logistical planning to ensure we had concrete trucks arriving to the site continuously throughout the day.”

One lane of Michigan Avenue alongside the project was closed on Jan. 22 for the more than 400 concrete trucks delivering concrete to the site, which is across from Grant Park. Sweeper and vacuum trucks mitigated dust and dirt around the perimeter, and flaggers were posted alongside the site for pedestrian and vehicular safety.

Prior to the pour, McHugh Concrete installed 685 tons of steel rebar (about the same weight as 15 Boeing 737-800 airplanes), and general contractor McHugh Construction coordinated below-ground preparatory work, including drilling and socketing caissons to bedrock approximately 87 feet below ground to support the tower portion of the skyscraper, perimeter sheeting, waterproofing and piping for utilities.

“We’re thrilled to be back onsite and moving forward with this iconic apartment tower that is destined to be a stunning addition to Chicago’s Historic Michigan Boulevard District,” said Mike Meagher, president of McHugh Construction.

The late Helmut Jahn’s Chicago-based design studio, JAHN, continues to serve as the architectural firm of record for 1000M.

“Our team collaborated with the developers and McHugh Construction at every step to bring Helmut and JAHN’s vision for 1000M to life,” said JAHN managing director Philip Castillo. “1000M will be JAHN’s tallest project in Chicago, and we look forward to seeing it enhance the Michigan Avenue streetscape and take its place on the skyline.”