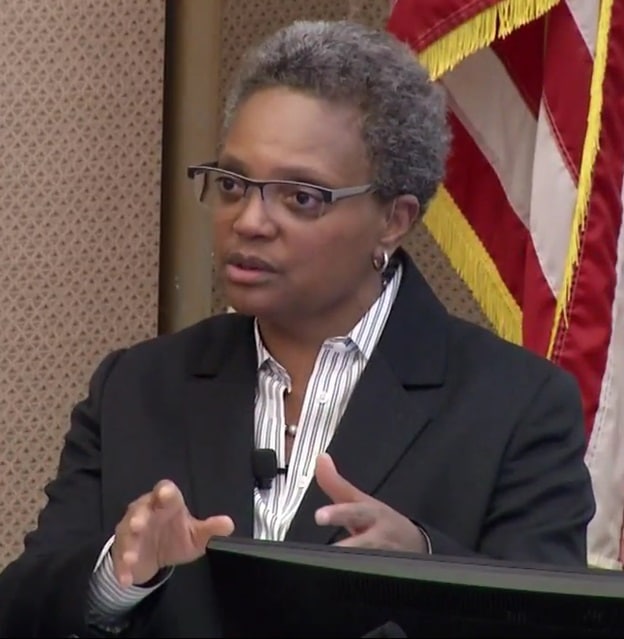 Mayor Lori Lightfoot announced that 11 community-driven projects that promote healthy, walkable, and affordable neighborhoods across Chicago have been selected to participate in the inaugural Equitable Transit-Oriented Development (ETOD) Pilot Program.

“Our ultimate goal with the ETOD program is to maximize the benefits that high-quality, affordable and reliable transit provides to our communities,” Mayor Lightfoot said in a statement. “Each of these 11 projects will help us fulfill this mission in an equitable and community-conscious way, as well as help to improve the overall wellbeing of our residents. I want to congratulate all of our winning teams and look forward to breaking ground and cutting ribbons to their developments in the near future.”

In partnership with Elevated Chicago and Enterprise Community Partners, the City of Chicago is providing $160,000 in microgrants and technical assistance to support project construction near transit stations across Chicago.

The winners were selected through a community-driven application process, with each winner receiving up to $20,000.

The pilot program was launched as an early implementation of the city’s first-ever ETOD Policy Plan. Adopted by the Chicago Plan Commission in June 2021, the three-part ETOD plan was developed over the past two years to foster more equitable transit-oriented development citywide. The plan’s goals include driving investment in transit-oriented projects on the South, West, and Southwest sides while also preventing displacement and promoting affordability in the North and Northwest sides of the city. The selected pilot projects range from affordable housing to a community-owned grocery store to walkability and public art improvements near transit.

Applications for the ETOD pilot program opened in June. More than 25 applications were received by the City of Chicago, representing 20 community areas across Chicago. Each application was evaluated and scored by a selection committee that focused on four key criteria: feasibility, equity, alignment and transit. The committee consisted of more than a dozen individuals representing numerous city departments, community-based organizations, the private sector, philanthropies, and regional nonprofits.

Construction to begin on mixed-use development in Rogers Park