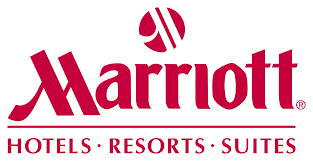 The Daily Herald has reported that Chicago Marriott Lincolnshire Resort has announced plans for a $22 million renovation that will “transform nearly every aspect of the resort.”

Plans reportedly include two new restaurants, a new spa and a renovation of all guest rooms.

The Herald quotes Eric Bates, general manager of the Chicago property as saying: “Guest needs have changed, and we’re changing to delight them with unprecedented comfort and flexibility. We’re marrying the sophistication of the Marriott brand with local, personalized touches. Everything will be transformed, from the restaurants, to the guest rooms and lobby, and we’ll be adding entirely new experiences like two new, innovative restaurants and a serene spa.”

The project, which will begin in December and is expected to wrap up in late 2017, is being led by the Gettys Group and will include the implementation of modern technology and amenities throughout. Work will be conducted in stages to avoid disruption to guests and scheduled events.

One of the major changes is reported to be a complete overhaul of the King’s Wharf restaurant space. The Herald says an auction of the restaurant’s unique décor and memorabilia in December is intended to acknowledge “the many patrons who hold fond memories of dining in the restaurant” over its 40-year history.