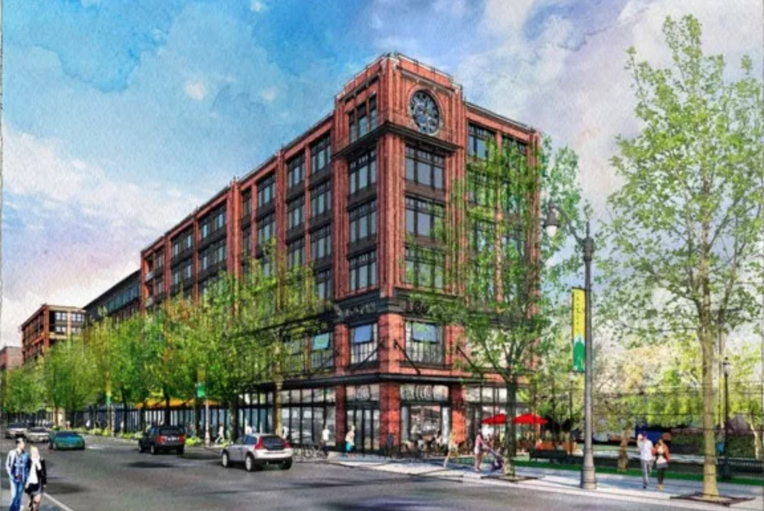 The proposed redevelopment of Logan Square’s Discount Mega Mall into Logan’s Crossing will begin moving forward with the demolition of the existing flea-market site in the next few weeks, according to DNAinfo.

Construction will start in the fall. The project’s general contractor and key subtrades, if determined, have not been disclosed in the published documentation.

The proposal, which underwent a number of changes after a series of community meetings, will include 240 apartments and nearly 115,000 sq. ft. of commercial space.

The new proposal includes 240 residential units, reduced from the original proposal’s 267. It also lowers project’s height to a maximum of 83 feet.

The development will be anchored by two major commercial tenants. Terraco Real Estate is the developer.

The new proposal also features a more prominent facade on the northwest end of the development that will face Logan Square and the Centennial Monument.