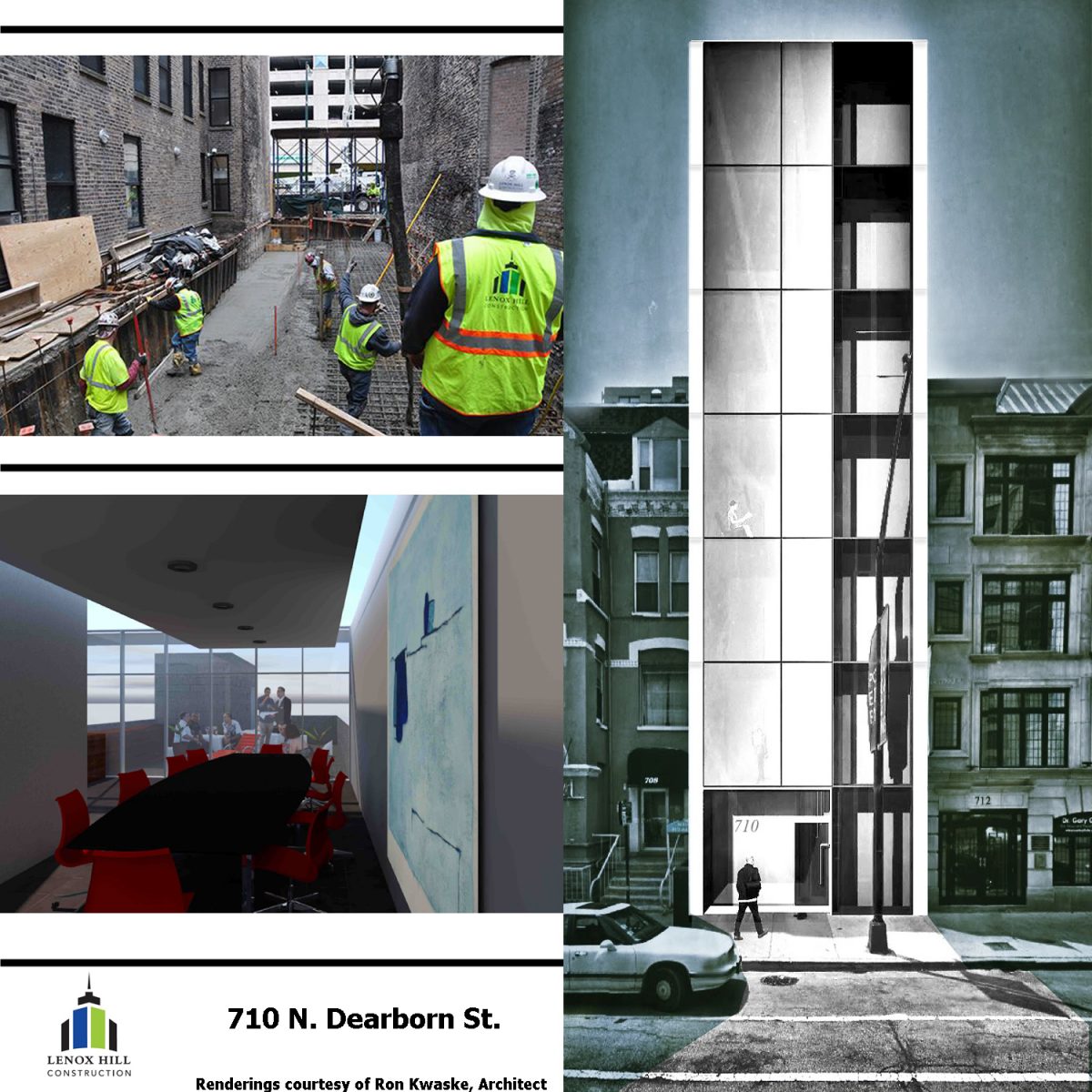 The office will act as an expansion for the Illinois Orthopedic Network and Wiesman Cosmetic Surgery & Wellness Institute, the contractor says in a news release.

Designed by architect Ron Kwaske, the new building will feature a modernistic style and boast an all glass and aluminum facade. “The building itself is extremely challenging because it’s for medical use and is only 20 feet wide,” said Kwaske. “We had to get elevators, offices and treatment rooms to fit while still giving the building a feeling of space. We work with inches, not feet, and from immediately talking to the Lenox Hill team, there was no doubt in my mind that they understood how to put this building together.”

“I was happy to receive the call from Ron that we had been selected to work on this project,” said Henry Hill, CEO of Lenox Hill Construction. “There was a natural synergy between us, and I think it will show in the finished product. If all goes as scheduled, we should be done in the next six months.”

GP and HPA celebrate groundbreaking for One Chicago, a new dual-tower...