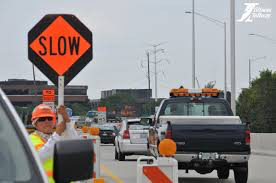 The Illinois Tollway board of directors has approved three new construction contracts and two new professional engineering services contracts totaling $35.9 million at its October meeting, including mentoring opportunities for two African American-owned firms as part of the the tollway’s Partnering For Growth Program.

Nearly $287.1 million in construction and professional engineering service contracts have been approved by the Tollway Board so far in 2016, as part of the fifth year of the Tollway’s 15-year, $12 billion capital program, Move Illinois: The Illinois Tollway Driving the Future, according to an Illinois Tollway news release.

Partnering for Growth Program encourages prime professional engineering consultants to mentor disadvantaged firms and veteran-owned businesses to become self-sufficient, competitive and profitable businesses, and is being expanded to provide the same opportunity for construction firms.

“Partnering for Growth is an initiative for the Tollway and construction industry that focuses on the development of mutually-beneficial business relationship,” said Illinois Tollway executive director Greg Bedalov. “This program is designed to help increase the pool of firms to support Move Illinois and foster competition in the marketplace.”

Since the program launched in 2005, 84 mentoring agreements have been executed between professional engineering services firms, with 60 unique mentor firms committing to nearly $51 million of work with 56 unique protégé subconsultants including disadvantaged, minority-, women-owned businesses enterprise (D/M/WBE) firms or veteran-owned firms. The program has resulted in 15 firms that subsequently have proposed and won work for the Tollway as prime consultants.

In addition, the new contracts approved by the tollway board of directors include a prime contractor, as well as 12 subconsultants and five subcontractors that are certified as D/M/WBE firms, and three subconsultants and one subcontractor that are certified veteran-owned firms. Commitments for D/M/WBE participation range from 20 to 31 percent per contract, and commitments for veteran participation range from 1 to 3 percent per contract. Of the $35.9 million awarded for these contracts, more than $12.8 million, or 35 percent, is committed to veteran-owned or disadvantaged firms.

To date, $4.4 billion in construction and professional engineering service contracts have been approved by the Tollway Board since the Move Illinois Program began in 2012, including $1.05 billion committed to small, veteran-owned or disadvantaged, minority- and women-owned firms. In addition, the capital program has created or sustained an estimated 46,550 total jobs as of September 2016.

Construction contracts for Illinois Tollway projects are competitively bid under the rules of the Illinois Procurement Code. As part of the process, contractors’ bid submissions for construction work advertised by the Tollway are opened and read aloud during public bid opening meetings, which are also broadcast live on the Tollway’s website. Following an agency review process, the lowest, responsible and responsive bid is presented to the Illinois Tollway Board of Directors for review and approval.

Illinois Tollway professional engineering services contracts are awarded through the qualifications-based selection process (Illinois Public Act 87-673 (30 ILCS 535/1-535/80) Architectural, Engineering and Land Surveying Qualifications-Based Selection Act), which requires state agencies to select professional architects, engineers and surveyors on the basis of demonstrated competence and professional qualifications, rather than low bid. Staff from the Department of Engineering checks statements of interest to ensure that specified pre-qualifications and documentation are met and then reviews and scores statements of interest based on the selection criteria outlined for each project.

Executives from the Department of Engineering then review the scoring, as well as each firm’s capacity, and identify the top recommended firms per project. To complete the review, a committee of Tollway professionals and independent engineering officials considers the top recommended firms and finalizes the top three firms in ranked order. The Tollway then seeks to negotiate a final contract price with the top-ranked firm.