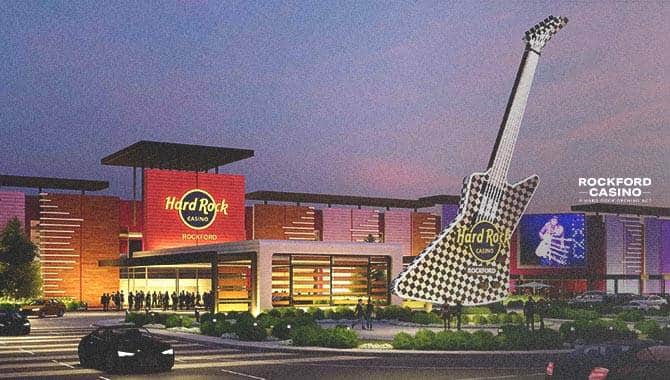 The project is expected to create 1,200 union construction workers, and be completed by winter 2023.

The resort will include a 65,000-sq. ft. casino with 1,500 slot machines, a sportsbook and 60 table games featuring all of craps, blackjack and roulette, alongside a Hard Rock Café, Council Oak Steakhouse and YouYu, an Asian cuisine restaurant.

A Hard Rock Live event centre will be also be built with a 23,500-sq. ft. conference space and seating for 1,600. Also, a 250-room hotel will be built in phase two of construction.

“I have called Rockford my home for my entire life, and I’m so thrilled to see Hard Rock install a little piece of rock ‘n roll in my backyard,” Rick Nielsen of the legendary rock band Cheap Trick, said at the ground-breaking ceremony where he was joined by Hard Rock Casino Rockford officials were joined by representatives of Hard Rock International and local representatives.

The project is expected to be completed by winter 2023.

Hard Rock has also agreed to pay $150,000 annually to support economic development in at-risk or impoverished areas of the city. And it will establish an 815 Hard Rock philanthropic foundation.