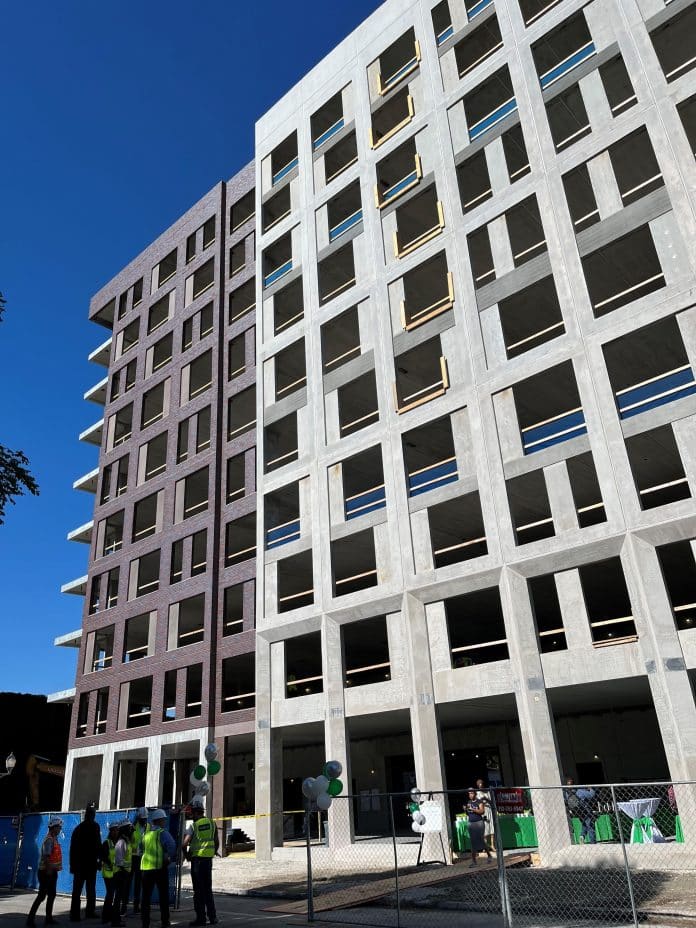 The Habitat Company and P3 Markets celebrated the topping-off of Chicago’s first equitable transit-oriented development (ETOD) on the city’s South Side. Centered around the CTA’s 43rd Street Green Line station in historic Bronzeville, a $100 million mixed-use project, is being developed in three phases, will add about 300 new apartments to the neighborhood upon completion. 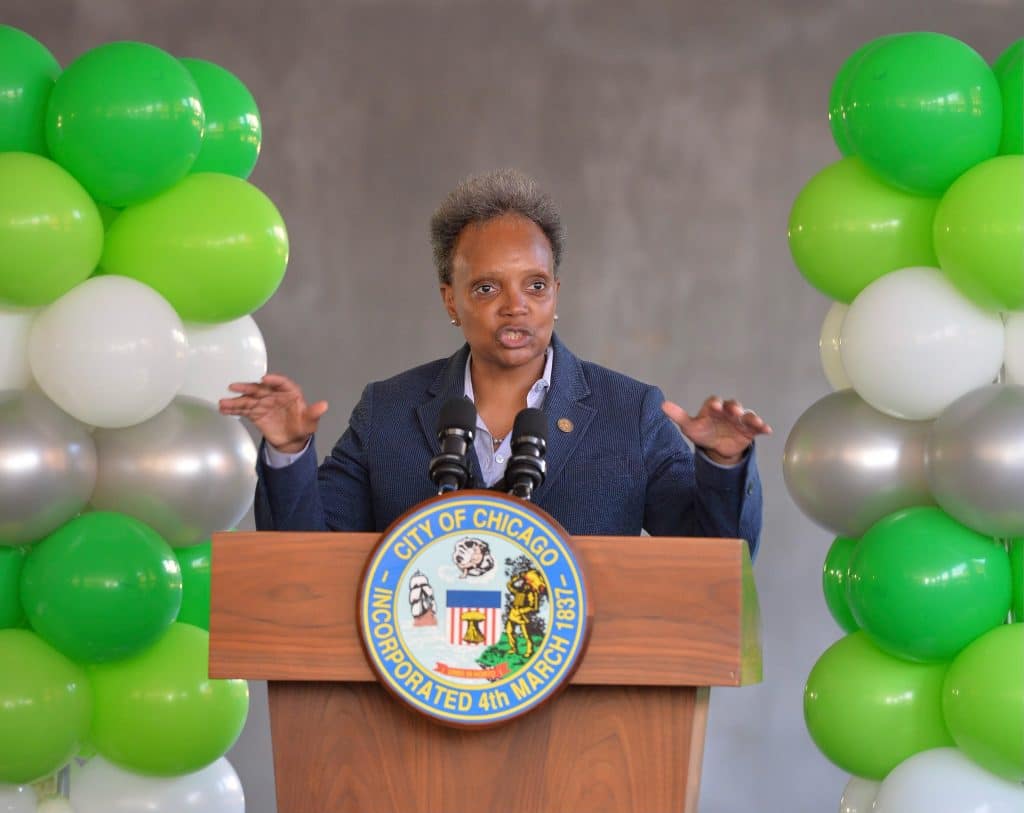 Construction for the Phase 1 building is expected to be complete by February 2023, with first move-ins projected for later in the fall. The later phases of 43 Green call for two more mixed-income, mixed-use buildings, with the Phase 2 property anticipated to break ground later this year. Like the first phase, roughly half of the 78 units in Phase 2 will be designated as affordable.

“With inflation putting a strain on household budgets, the demand and need for affordable housing, especially near transit lines, has never been higher,” said Charlton Hamer, senior vice president of Habitat Affordable Group. “A major differentiator between 43 Green and other recent affordable housing developments is its blend of 50% affordable and 50% market-rate units. We received strong feedback from area residents that any new market-rate housing should be balanced with a commitment to long-term affordability – in other words, the ‘E’ in ETOD.”

Located on a long-vacant, city-owned lot on the northeast corner of East 43rd Street and Calumet Avenue, just north of Hadiya Pendleton Park, the Phase 1 building is the largest of 43 Green’s three buildings.

The 10-story development includes 99 residential units, 5,500 square feet of retail space and off-street parking. Half of the apartments will be reserved for households earning up to 60% of the Area Median Income.

Chicago-based Habitat, a leading U.S. multifamily developer and property manager, is spearheading the project in partnership with P3 Markets, a real estate development firm based in Bronzeville that is dedicated to public-private partnerships.

“We are proud to see 43 Green rise as the first equitable transit-oriented development on the city’s South Side, bringing much-needed housing and retail to a highly accessible site in Bronzeville,” said Matt Fiascone, president of The Habitat Company.

Chicago city council passed the Connected Communities Ordinance on July 20, to create more connected and thriving communities around the public transit system. As part of the ordinance, transit oriented development incentives were extended more broadly and equitably across the city, including to a standard four-block radius from rail stations and two blocks from additional high-frequency and strategic bus corridors.

“As a resident of the Bronzeville neighborhood, I am already seeing firsthand the positive impact this development is having on the area,” said Phillip L. Beckham, principal of P3 Markets. “We are confident 43 Green will be a centerpiece of the community for years to come and, with the recent adoption of the Connected Communities Ordinance, serve as a model for future ETODs that allow all Chicagoans to reap the many health, economic and quality-of-life benefits associated with these projects.”

Construction of 43 Green is being led by a joint venture of Bowa Construction, a minority-owned, full-service construction management and general contracting company, and McHugh Construction, with Landon Bone Baker as architect for the development. Two future retail tenants earmarked for 43 Green – Momentum Coffee and Super Cycle – are also minority-owned businesses.