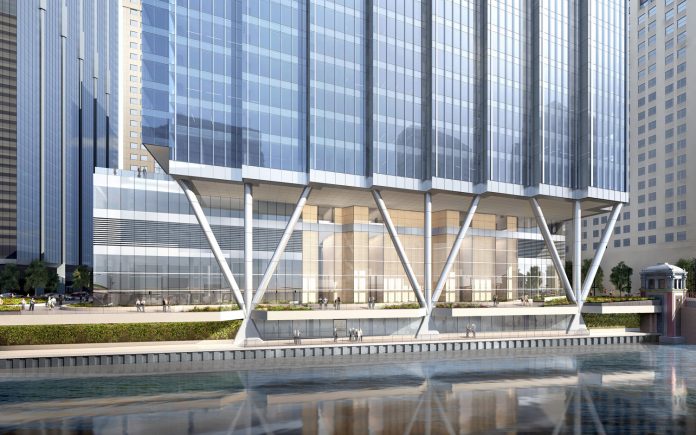 Ground has been broken at 110 North Wacker St.

The proposed 55-storey office tower is the brainchild of the Howard Hughes Corporation and Riverside Investment & Development and the groundbreaking is an important milestone in the next stage of development of the 1.4 million square-foot, 55-story premier downtown building, as noted in Area Development.

More than 30 percent of the building has been pre-leased to Bank of America. Also collaborating on the project are the award-winning leasing, design and construction teams of CBRE, Goettsch Partners and Clark Construction.

The location, design and first-class amenities, including a state-of-the-art conference center and fitness facility, retail and dining, will deliver the ultimate opportunity in prestige, efficiency and office experience in downtown Chicago.

The Class-A building is expected to be completed in the fourth quarter of 2020.

Mystery: Can you connect a Chicago construction company owner with a...