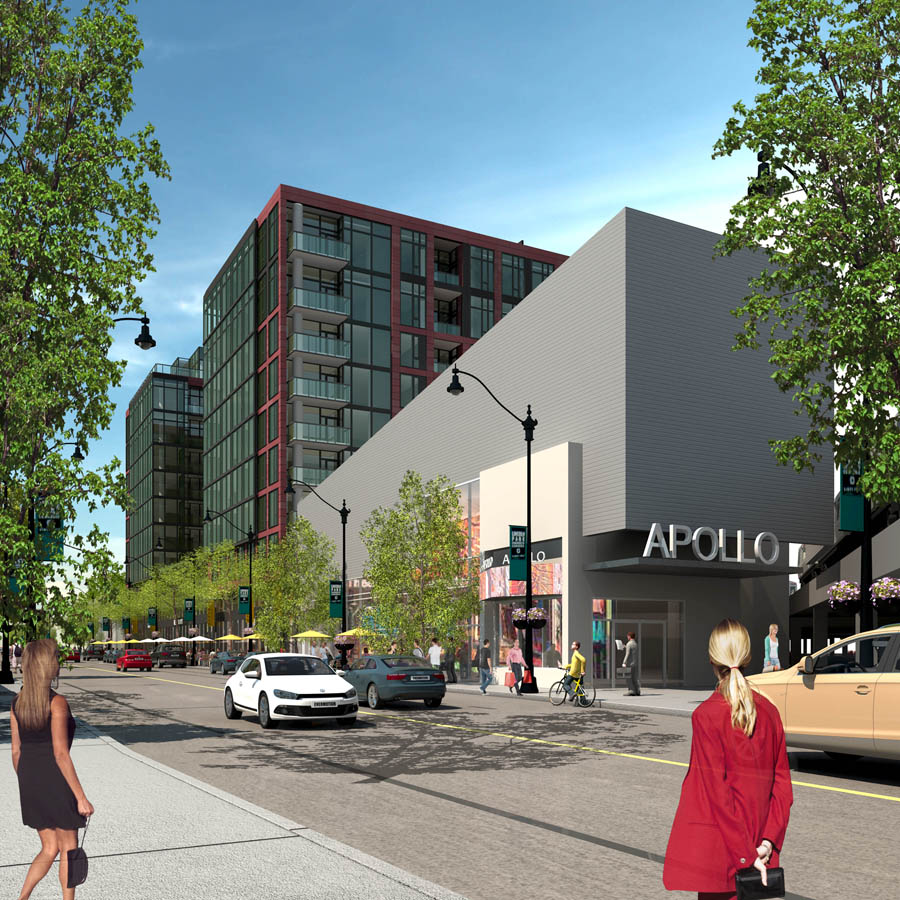 Baker Development Corporation is preparing to demolish the old Lincoln Centre complex and begin construction of a mixed-use 191-unit luxury apartment building in the heart of Lincoln Park.

“We worked closely with the Wrightwood Neighbors Association to design a vibrant development that would transform the neighborhood,” said Dan Slack, representing Baker Development.

In 2005, TriView & Investments said that it had successfully brokered the transaction for the site. “The deal was completed with the collaboration of TriView, 30 condominium owners, Ald. Michele Smith, Wrightwood neighbors, the City Zoning Committee and Baker Development,” TriView reported. “Everyone involved played a crucial role in the acquisition of the parcels necessary for the proposed new development.”

“Baker Development is planning on building a transit-oriented development at 2518-40 N. Lincoln Ave. with 200 residential units and ground-floor retail. The plans were approved by the city’s zoning board of appeals and the full city council in late July.

“The building will have a three-story parking garage with 138 parking spaces, which will be split between residents of the building and commercial businesses along Lincoln Ave. Studio apartments are expected to start at $1,600 per month and the penthouse will rent for around $6,000 per month.”