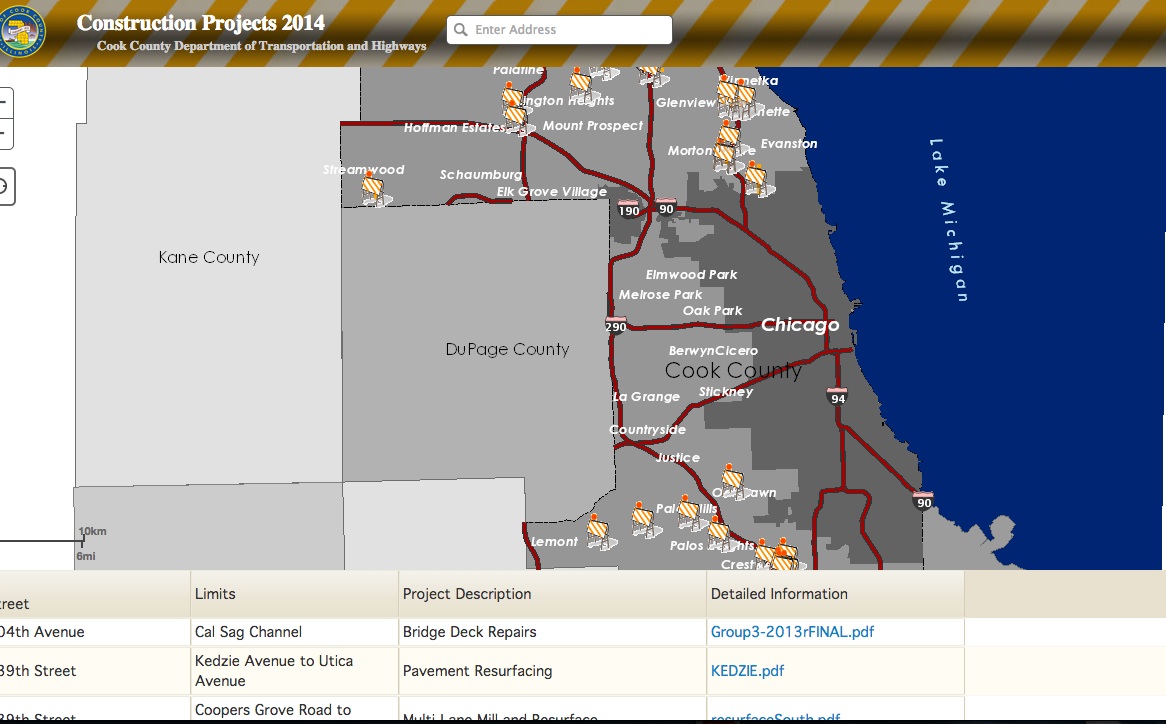 Cook County will spend about $38 million on road construction projects in 28 suburbs throughout Cook County this spring and summer, the Chicago Sun-Times has reported.

“Our road program this year addresses both completion of ongoing major projects and bringing roads and bridges throughout the county up to standard,” Preckwinkle said.

Major projects include finishing the reconstruction of a two-mile stretch of Crawford Rd. between Devon Avenue in Lincolnwood and Oakton St. in Skokie.

The work began in 2014. When completed, it will deliver improved drainage and better sidewalk and driveway access for nearby residents, according to county officials.

The county also plans on reconstruction of Center St. in south suburban Harvey that has seen chronic flooding problems.

McShane to build $27 million mixed use development in Old Town