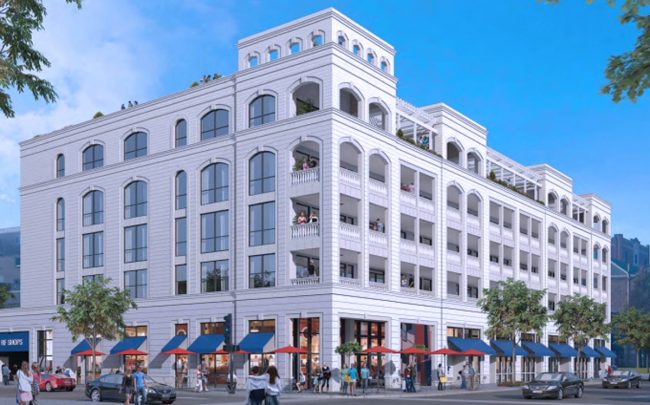 The building would be located at 7601 to 7621 Lake St. And according to The Real Deal, the five-story building, called RF, would have ground-floor retail along Lake Street, with four stories above of covered balconies to replace a couple existing retail buildings and a parking lot.

The two-, three- and four-bedroom condos would be priced from just below $600,000 to just over $1.4 million. Sales are being handled by Jameson Sotheby’s International Realty.

Construction would begin later this year and finish late next year.