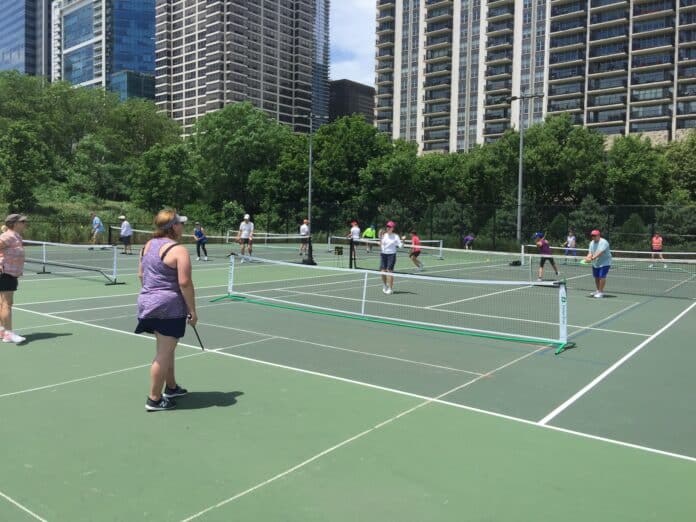 The Chicago Park District will build 50 new pickleball courts throughout the city by 2025, to address increased demand that the city is calling “pickleball mania”.

New courts announced last week are in addition to 80 existing pickleball courts located in parks and construction on the 50 new courts is slated to begin next year.

“Yes, ‘Pickleball Mania’ is here and residents want more! Pickleball is among the fastest growing sports in the nation and more and more Chicagoans are taking interest in the sport,” said Chicago Park District General Superintendent and CEO Rosa Escareño.

“We are thrilled to build on our existing courts in the coming years. This will not only expand opportunities across the city but also bring players from different neighborhoods together to enjoy the sport.”

Plans include the development of three regional facilities with several courts and the capacity to host tournaments. The remaining individual courts in neighborhood parks will include new construction and converted tennis or basketball courts.

The new pickleball courts are being funded by the Chicago Recovery Plan (CRP) which earmarks dollars for neighborhood park improvements.