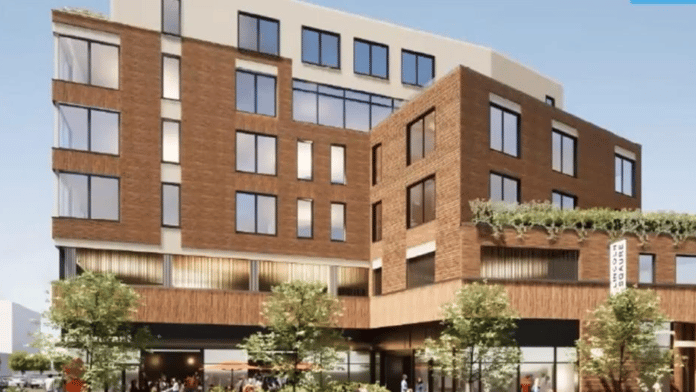 Chicago’s Community Development Commission has approved the sale of city-owned land in Lincoln Square to two developers – The Community Builders Inc. and the Boar Company.

Construction of a mixed-use development could begin next spring of 2023.

The site is currently a city-owned public parking lot and a 2019 proposal was rejected because there was too much space allocated to parking.

DesignBridge is the architect and the proposal now includes a six-story building with 5 affordable housing units and almost 5,000 sq. ft. of commercial space. A parking deck will be built on the second and the green roof will include a public deck space for residents.

Six parcels appraised at a total value of $4.9 million, will be sold to the developers of and the zoning application will need approvals from the Chicago Plan Commission, the Committee on Zoning, and the City Council.