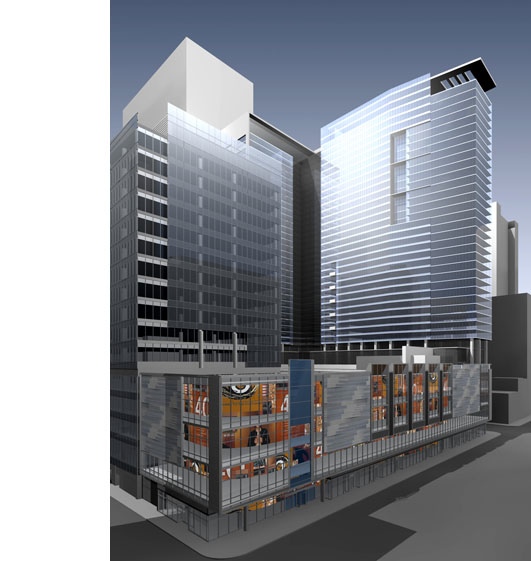 LA-based real estate and infrastructure investment firm CIM Group has confirmed that the construction of long-awaited Block 37 apartment tower on State St. in the Loop is soon to begin now that the firm has secured the initial permit. It will be the biggest tower planned there in decades, reports Chicago.cbslocal.com.

CIM will build a 34-story 694-unit apartment tower on top of the existing five-story 275,000-sq. ft. shopping mall between Daley Plaza and Macy’s. Designed by Chicago-based architectural firm Solomon Cordwell Buenz (SCB), the building plan includes a fifth-floor amenity deck, an outdoor pool and spa and other “top-tier resident amenities and services”. Another spa and fitness center on the roof has also been planned.

The firm has confirmed in its press release that the residential tower will be the last phase of development. The installation of a construction barricade is expected to occur this weekend.

Denver-based celebrity chef Richard Sandoval has leased 22,000 sq. ft. of space on the third floor for a new food court and Chicago’s Lawless family will open a restaurant in a leased 5,500 sq. ft. area at the corner of Randolph and Dearborn. It is reported that CIM may lease the fourth floor of the mall to a new movie theater and health club.

In April 2012 CIM purchased Block 37 from Bank of America after the bank seized the property from the previous owner, Joseph Freed & Associates LLC due to a foreclosure lawsuit.