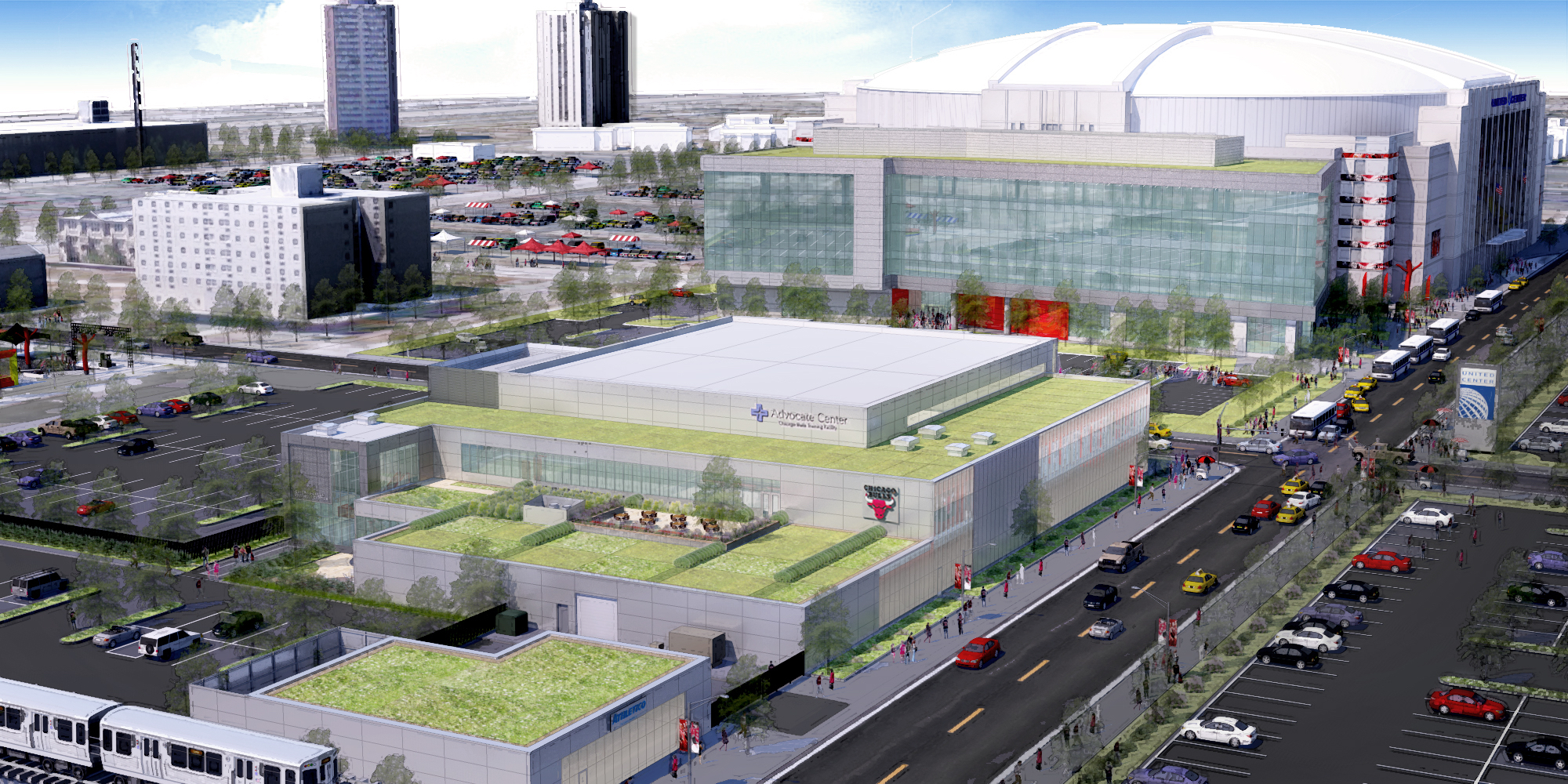 A $300 million building permit has been issued for the United Center expansion.

The project will include a six story (five level) addition “with basement for new office space and atrium space” at 1901 W. Madison St.

James McHugh Construction Co. is the general contractor for the structure designed by HOK. (The architect of record is listed as Thomas Patrick Kerwin.)

The new facility will house Chicago Bulls, Chicago Blackhawks, Levy Restaurants and United Center employees who currently operate out of the United Center, as well as a new Blackhawks and Bulls retail store.

The new 190,000 sq. ft. building will be constructed on the current United Center Parking Lot H, on the east side of the United Center on South Wood Street between Monroe and Madison Streets.