The decision by Chicago City Council to allow Accessory Dwelling Buildings (ADUs) appears to be having limited impact on affordable housing availability since they were authorized in May.

“It’s more than zero but six is not as many accessory dwelling unit building permits I wished to have been issued at this time,” ADU advocate Stephen Vance reported in his Chicago Cityscape blog on Oct. 18.

Vance reported there had been “hundreds” of pre-application in May, “just 10 days after ADUs were re-legalized.”

Many of the original pre-applications were duplicates, and data as of Oct. 8 indicates 158  pre-applications representing 453 existing dwelling units, “and these property owners are proposing to build 169 ADUs,” Vance writes.

“Eight of the 158 properties would have two or more ADUs, totalling 19 ADUs. Because of the ordinance rule that requires a property owner constructing two or more ADUs in a single project to rent half of them at an affordable rate, nine of the 19 will have to comply (one project proposes three ADUs, and only one has to be affordable).:

“In the pre-application form, property owners must indicate how old their house is, since interior ADUs are only allowed in houses that are at least 20 years old. Using this self-reported data, 35 of the 158 properties are 19th century houses. Twenty-eight of these would have interior ADUs and seven would have backyard houses,” he wrote.

“The vast majority of the applications for ADUs are for properties in zoning districts that, except for being in an ADU pilot area, ban denser and more affordable housing and allow only single-detached houses (107 out of 158). While this makes sense given that the majority of the area of the ADU pilot areas are zoned to ban apartments and condos, I think it is also an indication that people appreciate the ability to have additional units on those blocks that are zoned in such a way that, outside of the ADU pilot areas, multi-family housing is banned.”

The data indicates that ADUs, at least at the moment, are nearly insignificant in terms of housing policy or construction activity — especially if the objective is primarily to encourage affordable housing development. However, they are resulting in some projects in formerly primarily single family neighborhoods and some residential intensification through the city 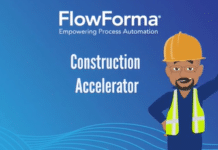 Illinois Aviation System Plan is a blueprint for airport growth