Newly inaugurated Chicago Mayor Lori Lightfoot signed an executive order minutes after taking her oath of office on May 20 aimed at limiting the power aldermen wield in city departments, but there are questions on how much it will change things.

Lightfoot’s order bans city departments from deferring to aldermanic wishes “in their decision-making practice unless expressly required by the Municipal Code of Chicago,” in part because City Council will still need to change the zoning code to restrict aldermanic power, the Chicago Tribune reported.

“This is the start, not the (end), of a series of good government ethics reforms we’ll be bringing to the city,” Lightfoot said. 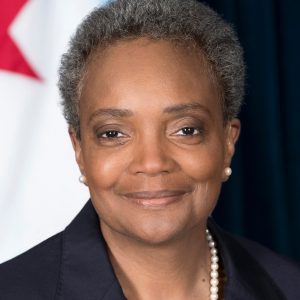 During a brief signing ceremony, Lightfoot said, “it’s really important for me to make good on the promise that we ran on about bringing change to the city.”

Lightfoot said aldermen will still have influence in decision-making and in conducting their business, but the new rules will end” the unilateral, unchecked power that aldermen have to control virtually every aspect of business and community life that interacts with the city.”

The story relating to the Burger King renovation traces its history to June 2017, when the company was seeking Burke’s support for a building permit and driveway permit for a remodeling project at a restaurant in his ward, and Burke allegedly sought to convince them to retain his private law firm in exchange for his support for the project, the criminal complaint alleged.

In October 2017, the ward employee halted the company’s remodeling project, claiming they did not have the proper permits, and blocked the company’s efforts to get a driveway permit from the Chicago Department of Transportation, CBS-TV 2 reported on the complaint.

Burke then met with two company executives in December 2017, to discuss awarding property tax work to his law firm. After the meeting, he dropped his opposition to the driveway permit for the company’s remodeling project. A week later, Burke “confirmed that his law firm was to receive property tax work for multiple properties” owned by the company, and later solicited a campaign contribution from one of the executives, to be given to another politician, who was not named in court documents.

After completing the driveway project, the company did not hire Burke’s firm, according to the charges.

Under Lightfoot’s order, each city department must create a 60-day report to the mayor describing their historical decision-making practices, including when they’ve deferred to prerogative “as a matter of custom or practice,” and all steps they’ve taken to follow her executive order.