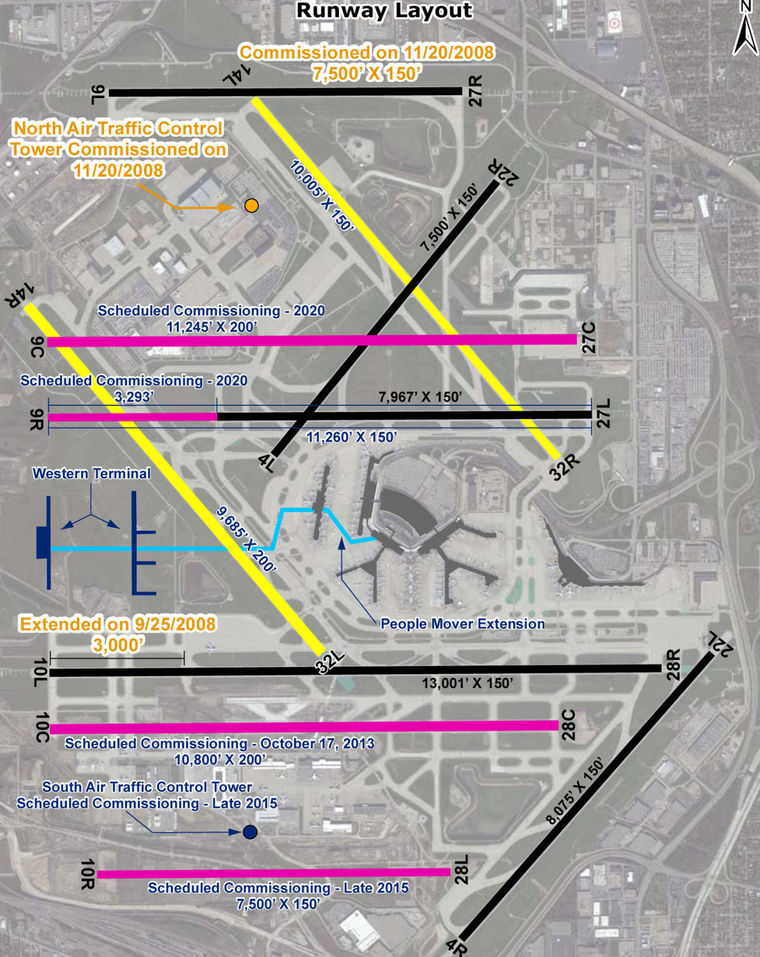 Construction has started on O’Hare Airport’s newest runway, 96C/27C, with an Aug. 11 groundbreaking.

The city has announced that the runway is one part of a $1.3 billion infrastructure plan announced earlier this year by the Chicago Department of Aviation (CDA), Federal Aviation Administration (FAA), United Airlines and American Airlines.

City officials say they are ensuring local workforce participation is a priority. Towards this end, Walsh Construction – the company awarded the bid for the initial phase of the project – will host three job fairs throughout the city to ensure all residents of Chicago have a chance to learn about work opportunities. The Runway 9C/27C project alone is slated to support more than 4,900 jobs, according to the news release.

With 9C/27C, a modern, six parallel runway configuration at O’Hare will be complete. The 11,245-ft. long, 200-ft.-wide runway will be the airport’s second largest.

“O’Hare is the economic engine of Chicago – one of the main reasons why companies move to Chicago, bringing jobs for residents and economic growth to neighborhoods throughout the city,” Mayor Raham Emanuel said in a statement. “With this runway, we are taking the next step in strengthening O’Hare’s role as the economic driver of the city for decades to come. The runway will bring benefits to travelers and residents, and ensures that O’Hare is not just the busiest airport in the world, but also the best airport in the world.”

With construction of the runway and other aspects of the $1.3 billion infrastructure plan underway, the CDA and its airline partners will continue to focus on moving forward other parts of Mayor Emanuel’s larger modernization strategy for the airport, called O’Hare 21.

As announced in recent weeks, the city and its airline partners are working together to design and develop a multi-billion dollar capital investment program at O’Hare that expands Terminal 5, redevelops Terminal 2, creates space for new gates, and supports tens of thousands of jobs and economic opportunities in Chicago. Other elements of O’Hare 21 include: the arrival of three hotel development projects at O’Hare, which will more than double the current hotel capacity at the airport; the addition of five new American Airlines gates at O’Hare by 2018, representing the first major gate expansion since 1993.