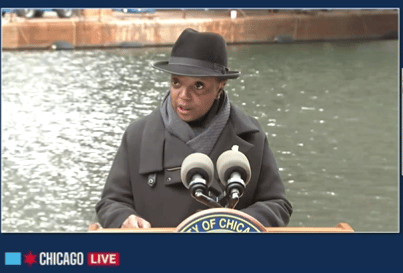 The 2023-24 Chicago Works Plan sets out the next phase of a multi-year, multi-billion-dollar infrastructure plan for Chicago’s 77 communities.

Over the next two years, the focus will be on decades of underinvestment in Chicago’s infrastructure by prioritizing projects that improve the ways we move across the city and increase environmental resiliency.

“Ultimately, the goal of this multi-year initiative is to thoughtfully invest in our City’s collective wealth—our streets, sidewalks, bridges, and waterfronts, etc.—to uplift the quality of life for all Chicago residents,” said Mayor Lori Lightfoot. “We’re heading into year three of our first five-year plan and, already, residents are experiencing the benefits of this work with enhanced street safety, cleaner waterways, and improved public facilities throughout our city.”

“These infrastructure investments make Chicago a stronger, safer city and improve quality of life for residents,” said Chicago Department of Transportation (CDOT) Commissioner Gia Biagi. “The next phase of the capital plan will help us continue to move quickly and plan for long-term projects that spur economic growth and job creation in every Chicago community.”

To learn more about the Chicago Works program, including latest updates and employment and training opportunities, check out www.chicago.gov/ChicagoWorks.