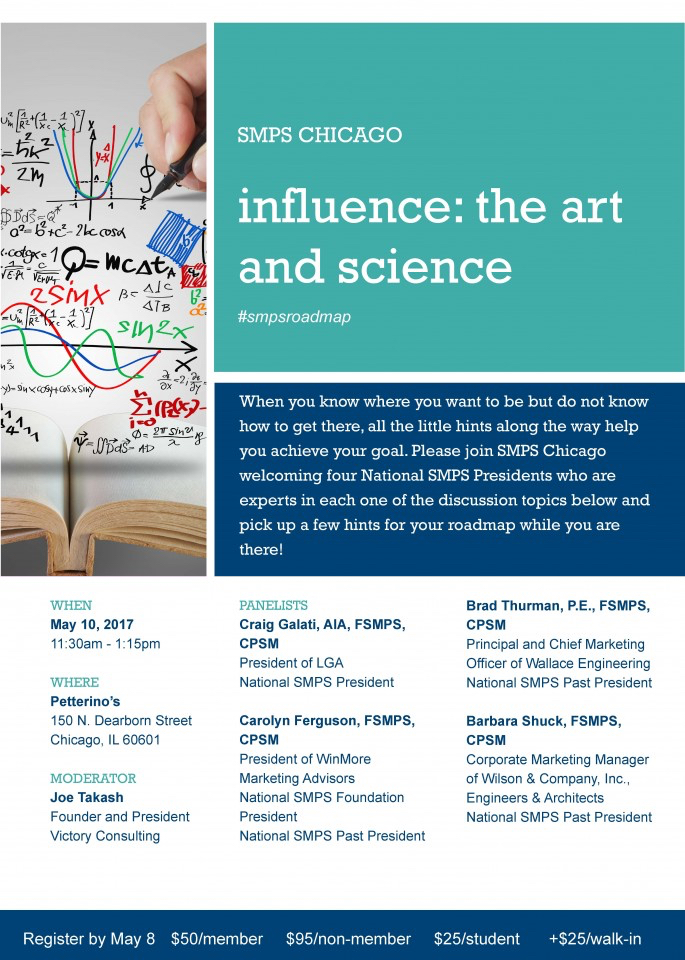 The Society for Marketing Professional Services (SMPS) Chicago chapter is hosting a program: Influence: The Art and Science, featuring four SMPS national presidents, to tackle the challenge of relationships, negotiating and influence.

The May 10 program at Petterino’s, 150 North Dearborn St., will cover these topics: