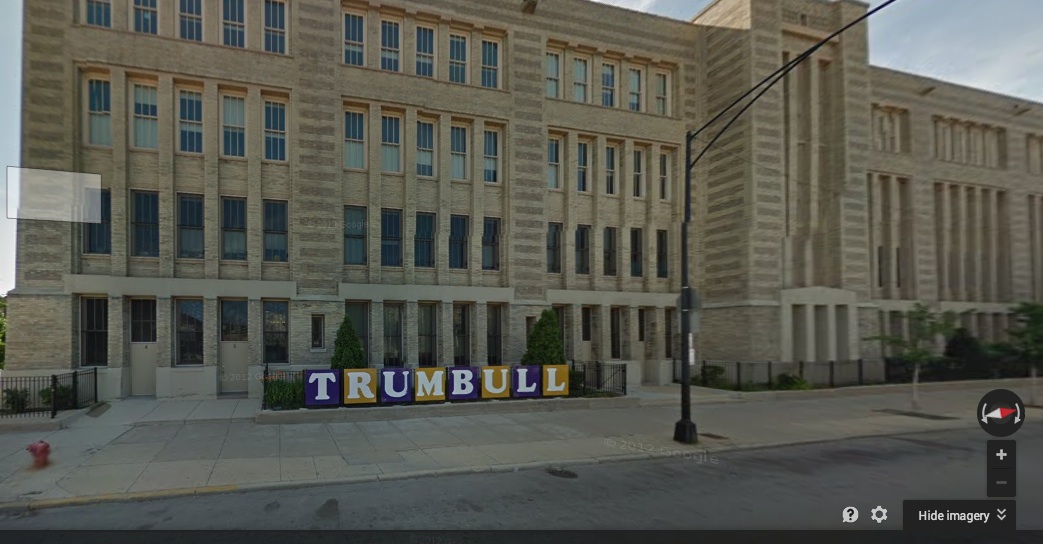 Several different ideas have been proposed by five developers for the site of the shuttered Lyman Trumbull Elementary school in the Andersonville neighborhood, indicates Alderman Patrick O’Connor (40th).

Chicago Development Partners proposes to build as many as 47 residential units ranging from 980 to 2,500 sq. ft. Plans also include rehabbing the school auditorium to provide a new home for TimeLine Theater, as well as a rooftop park and lounge area.

In its redevelopment plan, Cedar Street Co. has proposed a large ground-level commercial space and a community plaza, some townhouses, nearly 75 residential units as well as a two-story parking structure with a community garden in front.

Other proposals include a space expansion for Bancroft School, a private nonprofit school in the northwest suburbs that serves children with autism and other developmental disabilities and Chicago Jewish Day School’s similar plan with the addition of a new gymnasium. The Hoffman Estates School has also shown interest in the building.

Each proposal is being considered and the final decision will be taken upon consulting community and school officials after which the alderman will inform Chicago Public Schools (CPS).

Developers “want to see what the community wants before we spend too much time spinning our wheels,” said Chicago-based Cedar Street Co. and Flats Chicago partner Jay Michael, reports Dnainfo.com.

A Request for Proposal by CPS is anticipated in the coming months.

Komatsu America to move HQ from Rolling Mills to Chicago near...