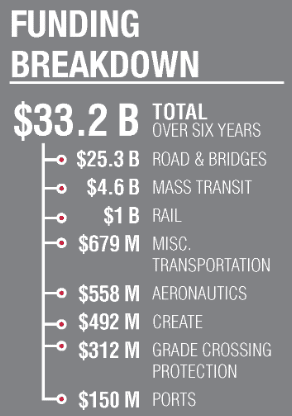 Rebuild Illinois, the largest infrastructure investment in state history, has released another $250 million to counties, municipalities and townships to address local transportation needs.

The program is the first to impact all modes of transportation: roads and bridges, transit, waterways, freight and passenger rail, aviation, and bicycle and pedestrian accommodations.