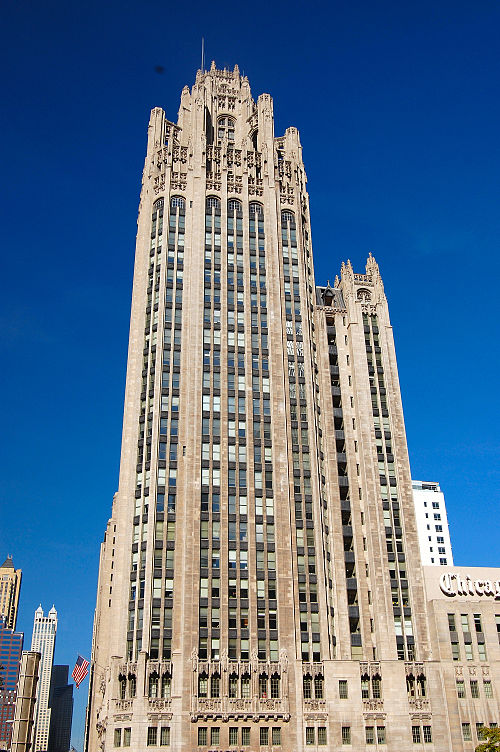 A group of developers on the short list to buy Tribune Tower want to convert the gothic Michigan Ave. landmark into condominiums, apartments and even a hotel, but the bigger opportunity may be the lot next door. According to Crain’s, a developer could pay between $230 million to $260 million for the tower, its low-rise annex structure, and an undeveloped parking lot immediately to the east.

The 700,000-sq. ft. office building is currently owned by Tribune Media, a group that took over the property after a 2014 split from parent company Tribune Publishing, Curbed Chicago reports. Both firms maintain offices in the tower and may stay put or relocate depending on what a future developer has in store for the location.

The property also comes with something all developers love: land for new buildings. A buyer could build one or two more towers on the parking lot next door and on space created by demolishing some of the existing Tribune building that is not landmarked.

Tribune Media has narrowed the list of potential buyers down to three, with each firm bringing a different set of competencies and experience to the table.

It has been reported that Tribune Media could select one of these potential developers imminently.

The site’s redevelopment will not be without its challenges. The original structure’s age will likely cause some surprises during renovation while any substantial changes would require navigating the Chicago Commission on Landmarks. Though downtown’s real estate market is red hot now, lengthy city approvals and a delayed construction timeline adds inherent risk to any project.