Association officials said the new bipartisan infrastructure measure would invest more than $1.2 trillion to build the nation’s roads, bridges, transit systems, airports, ports, and waterways, drinking water and wastewater systems, energy infrastructure and more. They added that Congress should pass the measure as quickly as possible to have the broadest impact on creating new construction career opportunities.

“It would be a shame if certain members of Congress were to hold new infrastructure investments, and the job opportunities they create, hostage to impose unrelated partisan measures that would undermine the economic recovery,” Sandherr said. 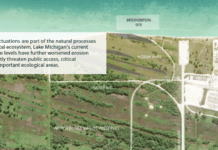