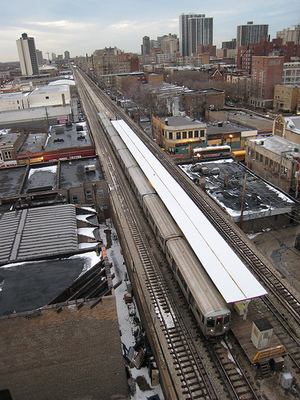 Mayor Rahm Emanuel has started the process to introduce a transit-oriented development (TOD) reform ordinance to create incentives for more development near CTA and Metra stations.

A news release from the mayor’s office reports that zoning code enhancements include:

“Prior to 2013, the City’s zoning code did not promote development around transit stations,” the news release reported. “In 2013, the Emanuel Administration passed an ordinance that provided new zoning incentives including reduced parking requirements and greater height and density bonuses for projects near transit stations. To be eligible for the incentives, projects needed to be either within 600 feet of a transit station or 1200 feet of a transit station along a pedestrian-designated street. To date, the ordinance has facilitated the development of eight projects worth more than $132 million, creating nearly 1,000 construction jobs and 100 permanent jobs. Promoting TOD will drive additional economic development to neighborhoods.”