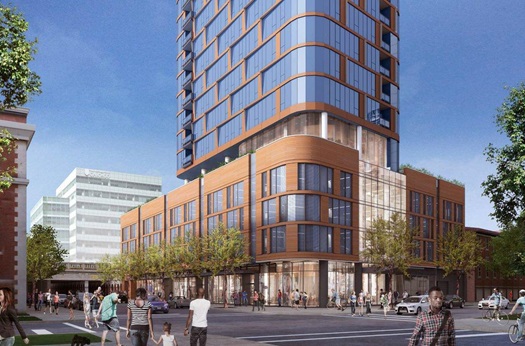 The South Side development will replace a former parking lot at the corner of 53rd St. and Cornell Ave. with 246 rental units. It will include roughly 10,000 sq. ft. of retail space, and a parking garage containing up to 173 spaces.