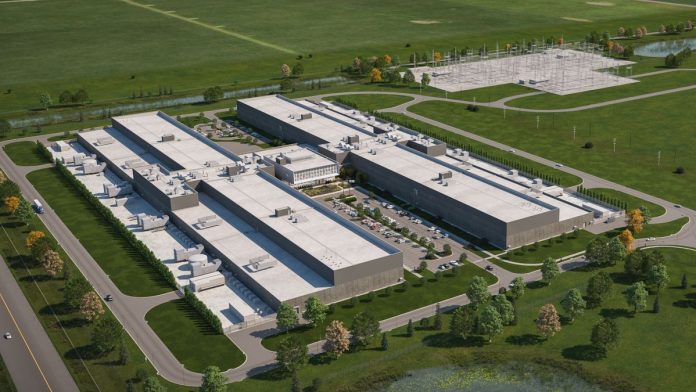 “Krusinski Construction Company is proud to have helped make Facebook’s investment in DeKalb possible,” said Krusinski CEO Jerry Krusinski. “We recognized the potential of this location for mission-critical data centers given its proximity to transmission voltage electrical power, abundant water supply, essential sanitary capacity, multiple broad-band carriers, easy access to interstate transportation, accessible utilities, and ready workforce. We are totally engaged in delivering on the first phase of this development as we provide the utility infrastructure and roadwork improvements necessary to make the project a success.”

In a statement, the contractor says Krusinski for 14 years he spearheaded the effort to provide a viable opportunity for companies to locate tech operations in Illinois as opposed to neighboring states. “He persisted through the 2008 recession and years of a non-competitive Illinois business environment, building coalitions, developing public/private partnerships and sounding the alarm about the need to make Illinois more attractive for data centers,” the statement says

“This project would never have been possible without the dogged determination of Jerry Krusinski and the support of Krusinski Construction Company,” said DeKalb County Economic Development Corporation executive director Paul Borek. “Jerry Krusinski is one of the thought leaders on this project. He and Krusinski Construction have been essential partners in taking on the varied challenges necessary to bring this project to fruition. The data center will help boost our industrial tax base and be a plus for the local economy. We look forward to our continued partnership with Krusinski.”

In addition to Krusinski Construction Company and the DeKalb County Economic Development Corporation, the Illinois Department of Commerce and Economic Opportunity, the Illinois Chamber of Commerce, ComEd, the City of DeKalb elected officials and city manager and numerous other elected representatives, government officials and utilities helped make ChicagoWest Business Center in DeKalb a reality, the statement says.

“There were days when I thought my vision might never come to pass, and so did many others,” said Krusinski. “Against all odds we persevered, and Krusinski Construction is honored to welcome Facebook and share in this victory for DeKalb and the state of Illinois.”

Krusinski Construction Company says it has under construction: