The latest version, replacing an earlier design, would add 330 hotels to the building’s top floors, as well as 400 rental apartments in a donught-shaped expansion.

Amtrak last year selected a joint venture of Riverside Investment & Development and Convexity Properties to develop the site. The developers hope to break ground on the first part of the expansion in the second quarter of 2019, with construction taking 18 months. They indicate that a second-phase office tower could follow in late 2019 or later.

Architect Daniel Burnham designed the original station in the 1920s, engineering the structure for a vertical expansion. A 2002 landmark designation called for any expansion to be “compatibly designed but differentiated” from the original Beaux Arts design.

However, not everyone is happy with the concept. Chicago Tribune architecture critic Blair Kamin described the design as “banal,” “top-heavy,” and as if “one era of architecture had been piled, willy-nilly, atop another.”

At a July meeting to review the new design, Ward Miller of Preservation Chicago outlined concerns over the project’s “incompatible” qualities.

“Rooflines, elevations, and interior volumes are protected under the landmark ordinance and we think you’re going to step over these lines,” Miller said. “We’d like to see no building on top of this amazing station.” He suggested transferring the additional floors to the new high-rise buildings proposed next door.

These two critics aren’t the only unhappy reviewers.

Alderman Brendan Reilly said that the initial meeting represents the beginning of the approval process and reaffirmed his commitment to use the development to address traffic issues. 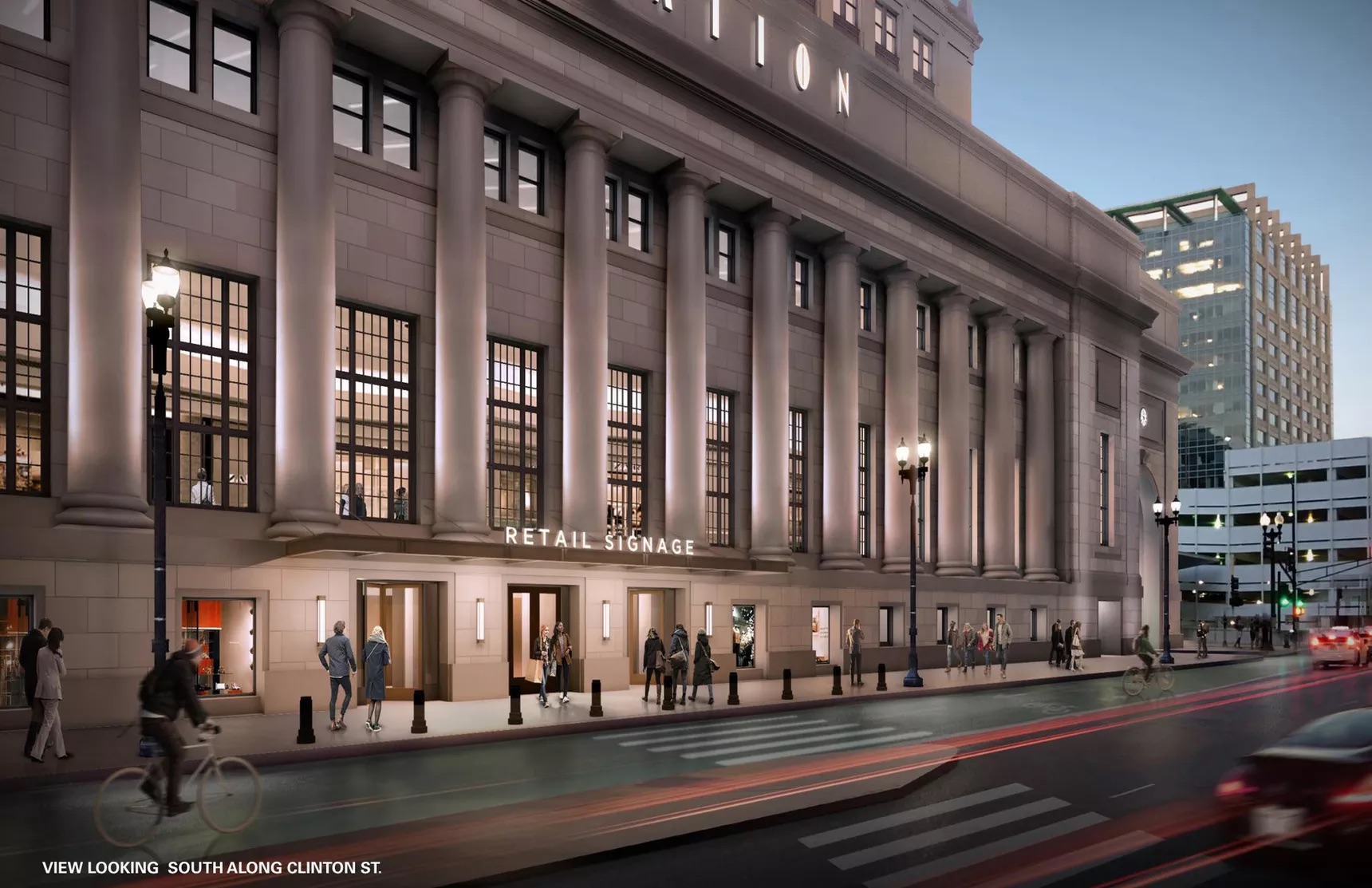 The development team offered a few details regarding the project’s second phase at the meeting. In general, the idea is for an office high-rise slated to replace the 1,700-stall parking garage south of the station, with 1.5 million sq. ft. of office space and 800 parking spaces.

Perkins + Will to move to Wrigley Building