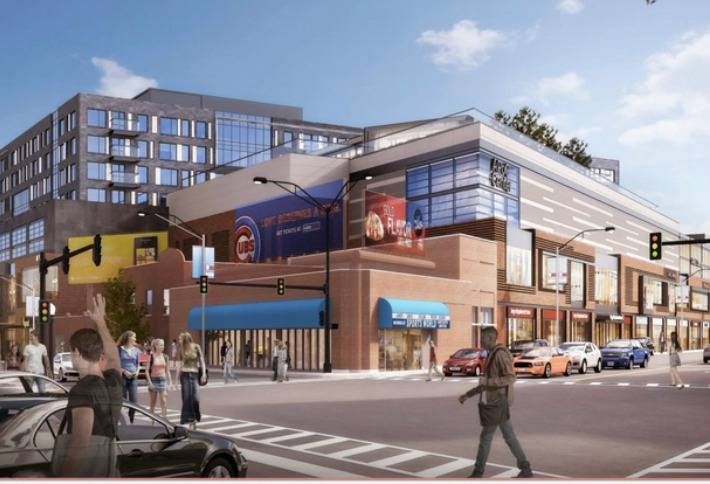 M&R Development has obtained a $2,495,496 building permit to begin work on the caissons for a proposed eight-story, 148 unit building at 1025 W. Addison St., across from Wrigley Field.

This is the beginning of what was reported in late 2015 as a $140 million mixed use-complex. According to bisnow.com, the Chicago Plan Commission approved plans for the building with 170,000 sq. ft. of retail, a health club, 493 parking spaces and a rooftop pool as well as the apartment units.

The address most recently housed a Starbucks and what appeared to be an empty storefront.

Bisnow.com, quoting DNAInfo, reported that the development was originally approved more than six years ago and “included a hotel component, but M&R went back to the drawing board when the Cubs’ owners, the Ricketts family, announced their own plans for a hotel near the Friendly Confines.”