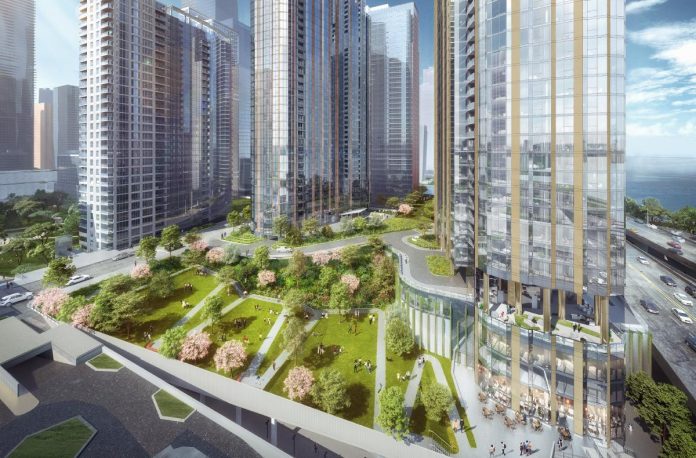 Instead of four towers, developers are now proposing to build three towers in Lakeshore East, according to The Real Deal.

The new proposal calls for the development of three towers consisting of 1,700 residential units. Developers have dropped a plan for the 926-key hotel and have added green space, with more usable fields and safer passageways.

Under the revised proposal, the towers will be 80, 50 and 40 stories tall, and connected by a five-story “podium” that will house amenities and retail space.