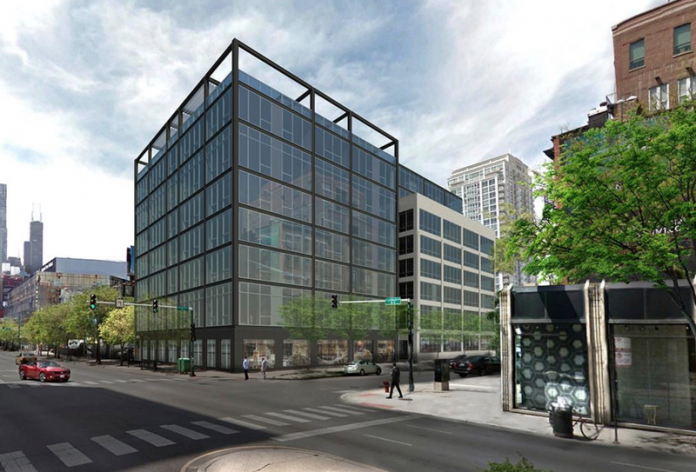 Curbed Chicago has reported that a permit has been issued which will allow developer Cedar Street Co. to begin interior renovations to the former office building at 676 N. LaSalle that will transform the space into apartments.

Between the renovation and the addition of a new glassy eight-story structure adjacent, the property will deliver 149 FLATS-branded apartments, which are likely to include at least some of the microapartments featured in other FLATS projects.

Cedar Street purchased the property in July 2015 for $12 million.