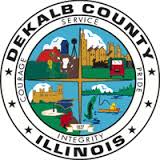 Construction in DeKalb County, IL, will receive total funding of more than $4.8 million as Governor Pat Quinn on Sept. 4 awarded a combined $25 million contract to multiple companies for construction work in DeKalb, Kane and Kendall Counties. The announcement is part of the governor’s “Illinois Jobs Now!” capital program.

“These investments in DeKalb, Kane and Kendall Counties are putting people to work, creating jobs that will help drive the local economy,” Governor Quinn said. “They are also helping to repair and maintain Illinois’ infrastructure to improve safety and efficiency throughout the region.”

Crystal Lake-based Curran Contracting Company will do 8.49 miles of resurfacing, shoulder work and polyurea pavement marking from north of U.S. Route 30 to Gurler Rd. south of DeKalb. The firm won the $2,271,066 contract as the lower of two bidders.

Builders Paving, LLC of Hillside, the lowest of three bidders for two contracts, has won both―a $2,233,664 contract to do 6.45 miles of pavement resurfacing from west of Pine St. in Waterman to west of Somonauk Rd. in Hinckley and another $347,743 for milling and resurfacing on U.S. 30 from east of Hinckley to the Kane County Line

DeKalb-based Virgil Cook & Son Inc., the lowest of three bidders, has received a $10,752 contract to install a new traffic signal at the intersection of U.S. 34 and Main St. in Sandwich.

The Illinois Department of Transportation will supervise all projects.