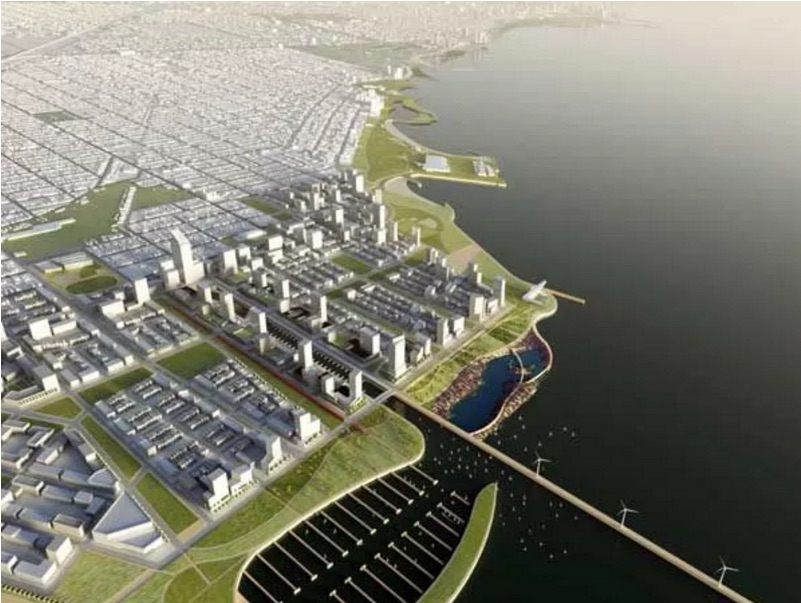 Dan McCaffery Interests and US Steel have split, and the developer’s plans to redevelop the former South Works site into a lakeside community will be abandoned.

Curbed.chicago.com reports that the  nearly 600-acre parcel at the mouth of the Calumet River between 79th and 92nd streets has been vacant since US Steel closed the site in 1992. McCaffery came on board in 2004 with grand plans to redevelop the site.

The developer envisioned a mixed-use masterplan called Chicago Lakeside Development with what it described as a carefully planned, walkable neighborhood with shopping complexes, upscale condos, wind turbines, an active canal and boat marina.

The proposed development had a number of skeptics. Despite a nearby Metra stop, part of the issue with South Works was it’s lack of connectivity to downtown, published reports say. This problem was addressed in 2013 when Lake Shore Dr. was extended two miles south directly to the development site.

In October, 2015 McCaffery Interests released a video showing an updated vision for a shopping center at the South Works site. Under the new name Chicago Lakeside Retail, there were suburban style malls and sprawling surface parking lots at the parcel’s western edge.

The modest ambition of Chicago Lakeside Retail plan was clearly not enough to save the strained relationship and US Steel and McCaffery announced an “amicable” split, DNAinfo Chicago reported. US Steel will retain the land.