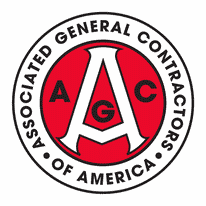 Construction companies added 20,000 employees in November throughout the US and continued to bump up wages hourly workers more steeply than other sectors as the industry’s unemployment rate tumbled, according to an analysis by the Associated General Contractors (AGC) of America. Association officials said the data shows that firms would have added significantly more workers if they could find more people to hire.

Construction employment totaled a record-high 7.75 million in November, an increase of 20,000 for the month and 248,000 or 3.3 percent from a year earlier. Nonresidential firms added 16,300 employees in November. Residential building and specialty trade contractors together added 3,900 employees.

A separate government report on Wednesday showed there were 377,000 job openings in construction at the end of October, which exceeded the number of employees—341,000—hired during that month. The excess of job openings over hires indicated the industry wanted to hire more than twice as many workers as it was able to find in the current low-unemployment environment, Simonson said.

Association officials noted they were taking steps to help, including running digital advertising recruiting campaigns and working to increase employee retention rates in the industry. But too few students are exposed to construction career opportunities in school as educators encourage most students to pursue college degrees and office jobs, they warned. As a result, high-paying construction positions remain unfilled while many college graduates struggle to pay off student loans in lower paying jobs.

“Public officials are missing a great opportunity to put many more people on the path to financial security,” said Stephen E. Sandherr, the association’s chief executive officer. “Instead of encouraging students to amass even more debt, we should be exposing them to careers where they can earn a great living without worrying about unsustainable levels of college debt.”