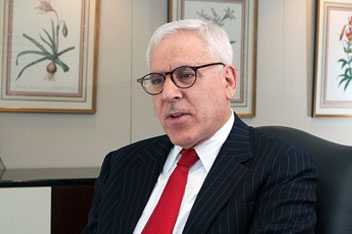 The University of Chicago plans to build an “innovative” building named “David M. Rubenstein Forum” with a donation from Carlyle Group founder and CEO David Rubenstein, who is also a university trustee.

“The regular and rigorous exchange of ideas that is a hallmark of the University of Chicago will soon be aided by a much needed physical space in which people from all parts of campus, the broader university community and visitors from around the world may gather, collaborate and interact,” university President Robert Zimmer said.

The building next to the Mott building at 1225 E. 60th St. between Woodlawn and Kimbark avenues will host formal and informal interaction and gatherings like workshops, academic conferences, lectures, meetings and ceremonies, ensuring benefit from a dynamic, technologically advanced environment.

The university will launch the process to select the project’s architects this autumn. Construction work is expected to begin in 2016 with completion in 2018.