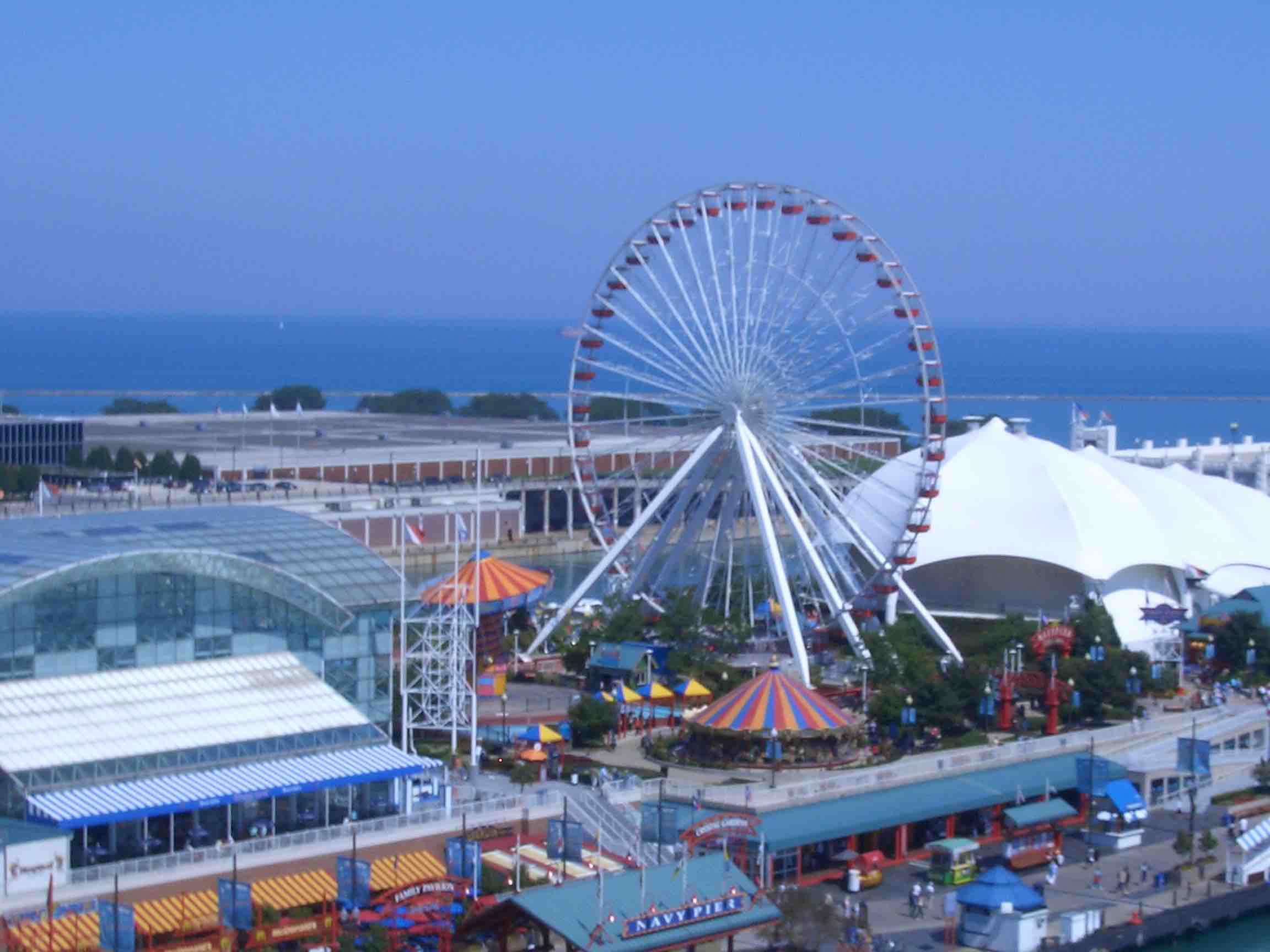 James McHugh Construction Co. has been quietly building the Chicago skyline for more than 100 years.

Naturally, then, when Navy Pier began searching for a general contractor to oversee its centennial reimagination and redevelopment, it chose McHugh, whose resume includes Chicago icons such as Marina City, the Blackstone Hotel and Aqua Tower.

“McHugh’s background in hospitality construction made us the perfect fit for this project because of our ability to minimize disruptions for visitors and partners throughout the construction process,” said Tom Conroy, senior project manager for McHugh Construction. “That was a priority for Navy Pier.”

Tasked with bringing to life various aspects of Navy Pier’s Centennial Vision, including the Centennial Wheel, Polk Bros Fountain and Plaza, construction of new boat ramps, redevelopment of the park space, and reconfiguration of the entry roadways, McHugh began planning long before the Sept. 28, 2015 demolition.

Logistical planning by McHugh and its subcontractors began during the fall of 2014, earlier than usual due to the challenges inherent in building the Centennial Wheel – a structure twice as heavy as its predecessor – on the 100-year-old Pier, which sits on a 20-year-old parking garage atop Lake Michigan.

Typically, a 500-ton crane would be brought in to erect the wheel’s spokes, legs, and gondolas, but in this case, McHugh had to consider the load capacity of the Pier and the supported slab in the parking garage below. This required a specific construction sequence utilizing two 250-ton cranes and one 100-ton crane working in unison to ensure the integrity of the build and the protection of the structures below.

“It was a perfectly orchestrated ballet,” Conroy said in a news release. “We had structural engineers analyze how each piece of material would be installed, in what order and by what size crane. We even had to strategically position the material and the cranes on the Pier in a manner not to overload the roof structure at any given time. This was all worked out before we even broke ground.”

Once construction was underway, the team faced unique but somewhat expected challenges such as high winds, extreme cold and an uncharacteristically wet spring. During the only two days Navy Pier was closed for construction, temperatures hovered around 9 degrees meaning crews had to do some of their largest wheel installations in single digit temperatures. Conroy also explained how winds of 5 MPH in downtown could equate to more than 30 MPH on the Pier, so the ability to react quickly and adjust priorities was paramount.

According to Conroy, the most exciting part of the Navy Pier project was the creativity the team was able to exercise.

“When you’re maintaining a fully functional visitor destination, you have to get creative,” added Conroy. “For example, there was a day we needed to pour concrete and install landscaping soil. We brought in a concrete pump that would deliver the concrete over the roadway so the landscaping delivery trucks could still access the Pier. We find ways to make it work.”

“We took measures every single day to ensure guest and worker safety was not compromised by the construction,” said Conroy. “We had a full-time safety manager continually monitoring the work site, and we scheduled all construction in guest traffic areas outside of normal business hours. Minimizing disruptions and ensuring a safe work environment was the top priority.”

Conroy, who has led the Navy Pier project since day one, shares the most interesting facts about the build from his perspective:

McHugh employees and subcontractors were invited to assist Navy Pier during operational testing of Centennial Wheel on Sunday May 22. This testing gave Navy Pier staff and operators the chance to practice loading and unloading passengers and streamlining ticket booth operations. Video of the operational testing can be found here.

“That is a special day for the McHugh family,” said Conroy. “Our team of engineers, operators and subcontractors is proud of the work they’ve put into the Wheel. For them, this opportunity brought the project full circle.”

Centennial Wheel opened to the public on Friday, May 27/