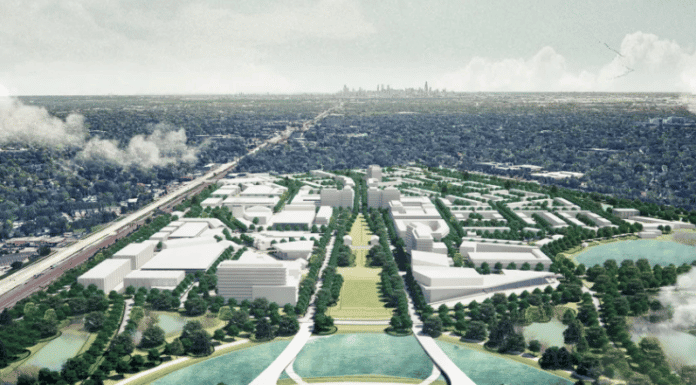 The Chicago Bears will build a stadium in Arlington Heights with no public funding. However, to build the larger, mixed-use development around the arena, the club will seek  “additional funding and assistance,” officials said before presenting a conceptual plan at a public meeting.

The development, on a 326-acre site, is being called one of the largest in Illinois history. Kansas City–based Manica Architecture was hired to design conceptual plans for a domed stadium.

“We remain under contract to purchase the property, but there are conditions that must be met in order to be in a position to close,” the team explained in an open letter published on Sept. 6. “If we do close on the property, it does not guarantee we will develop it.”

The franchise also projected that construction would generate $3.9 billion in labor income to workers.

“While under contract with the seller of Arlington Park, we will not be discussing or exploring any other alternative stadium sites or other opportunities, including renovations of Soldier Field,” the letter stated.

If the plan goes ahead, the “multi-purpose entertainment district” will be anchored by a best-in-class, enclosed stadium … worthy of hosting global events” such as the Super Bowl, college football playoffs and the NCAA’s Final Four basketball championships.

“Make no mistake. This is much more than a stadium project. Any development of Arlington Park will propose to include a multi-purpose entertainment, commercial/retail and housing district that will provide considerable economic benefits to Cook County, the surrounding region and the state of Illinois.”