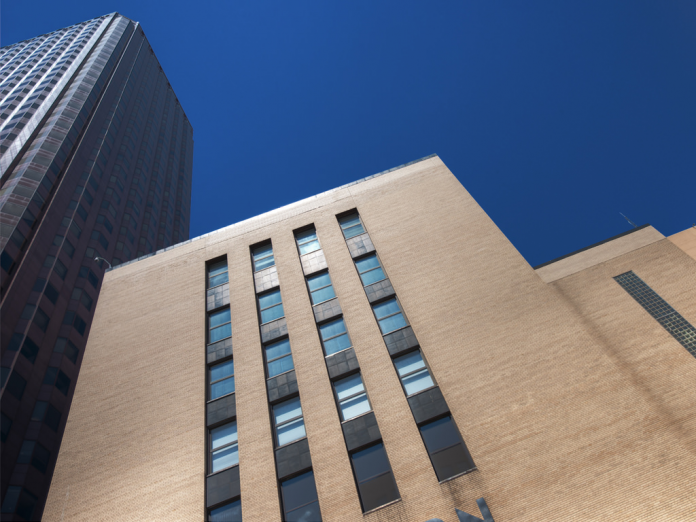 J.T. Magen & Co. is the general contractor for the project owned by CoreSite Real Estate CH2, LLC based in Denver, Colorado.

“The scope includes heavy structural foundations bearing on rock caissons capable of supporting the high capacity floorplates,” Adjustable Concrete Construction says on its webpage. “The superstructure is a combination of beam and slab concrete construction and composite metal decks on a structural steel skeleton.”

“The heavy beam and slab cast-in-place frame and large slab on metal decks includes large 1,000 CY pours. One of the most challenging aspects of the project is the two-story beam and column overbuild acting as lateral restraint for the perimeter steel enclosures. The work projects over 40 feet above the L03 roof level and will require careful coordination with the structural steel work going on simultaneously on site. The project requires expertise and skill, as we will be framing a 24-inch-thick heavy roof slab over an underground fuel tank that is set in place prior to decking,” Adjustable says.